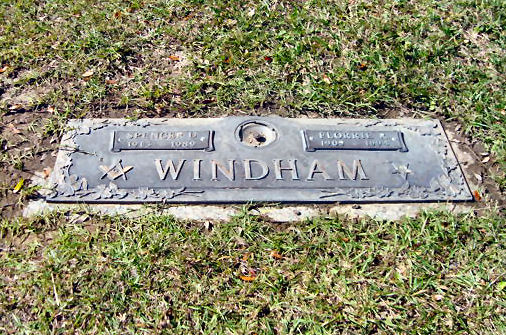 1909 Florrie Mae Ross Windham was born in 1909 in Elgin, South Carolina, the daughter of Silas Ezekial Ross and Mary Emma Rose Ross. 1910 According to the United States census reported on April 22, 1910, Silas Ross (43) owned a home in Wateree, Kershaw County, South Carolina, with his wife of 23 years, Mary E Ross (40). who reported to be the mother of … END_OF_DOCUMENT_TOKEN_TO_BE_REPLACED 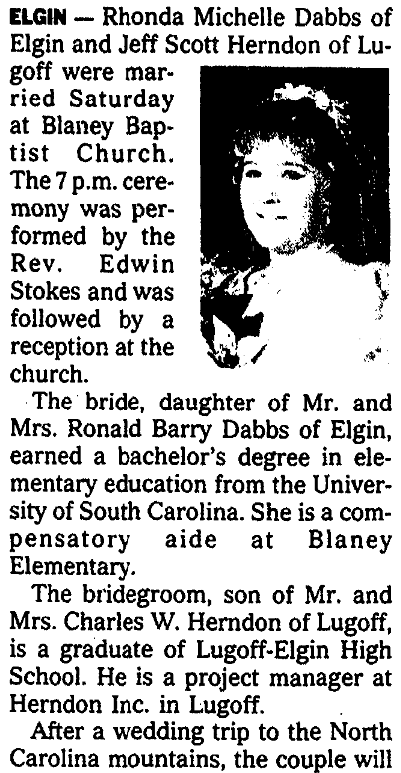 ELGIN – Rhonda Michelle Dabbs of Elgin and Jeff Scott Herndon of Lugoff were married Saturday at Blaney Baptist Church. The 7 p.m. ceremony was performed by the Rev. Edwin Stokes and was followed by a reception at the church. The bride, daughter of Mr. and Mrs. Ronald Barry Dabbs of Elgin, earned a bachelor’s degree in elementary education from the University of South Carolina. … END_OF_DOCUMENT_TOKEN_TO_BE_REPLACED 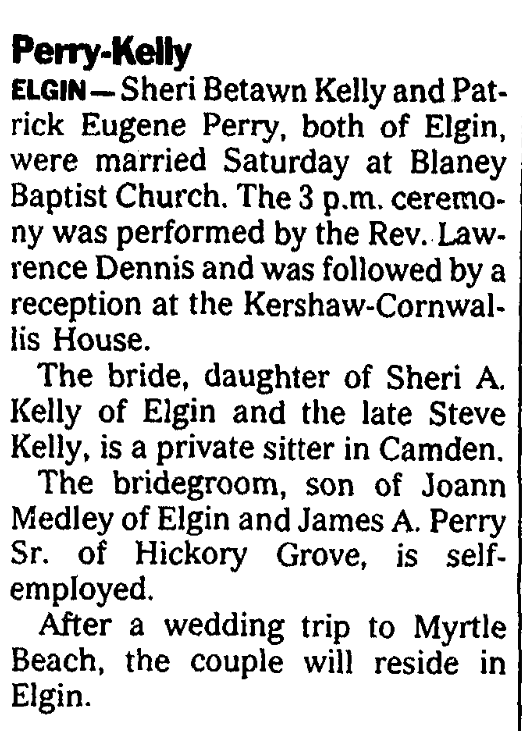 ELGIN – Sherri Betawn Kelly and Patrick Eugene Perry, both of Elgin, were married Saturday at Blaney Baptist Church. The 3 p.m. ceremony was performed by the Rev. Lawrence Dennis and was followed by a reception at the Kershaw-Cornwallis House. The bride, daughter of Sheri A. Kelly of Elgin and the late Steve Kelly, is a private sitter in Camden. The bridegroom, son of Joann … END_OF_DOCUMENT_TOKEN_TO_BE_REPLACED 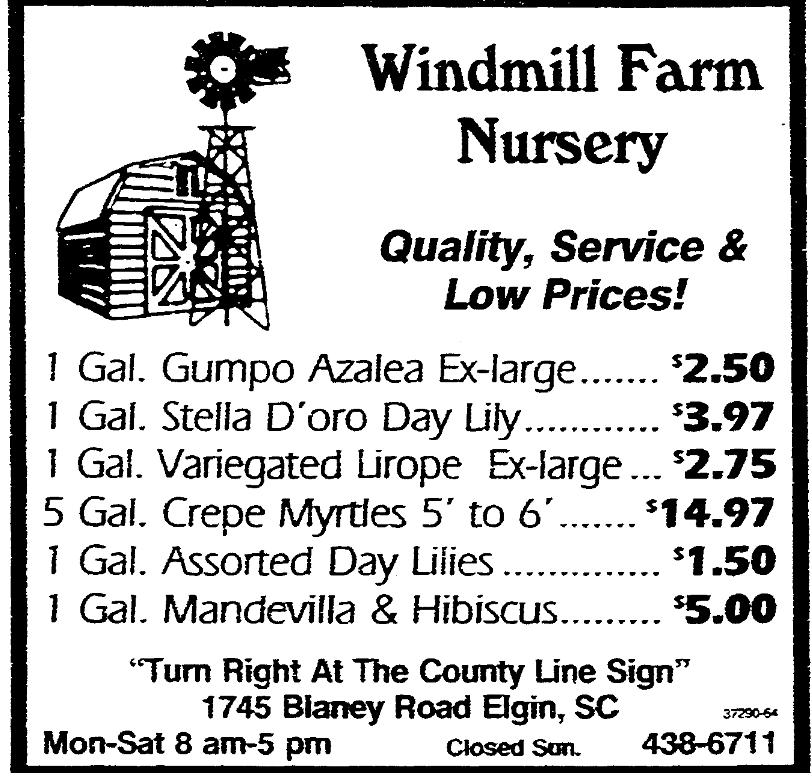