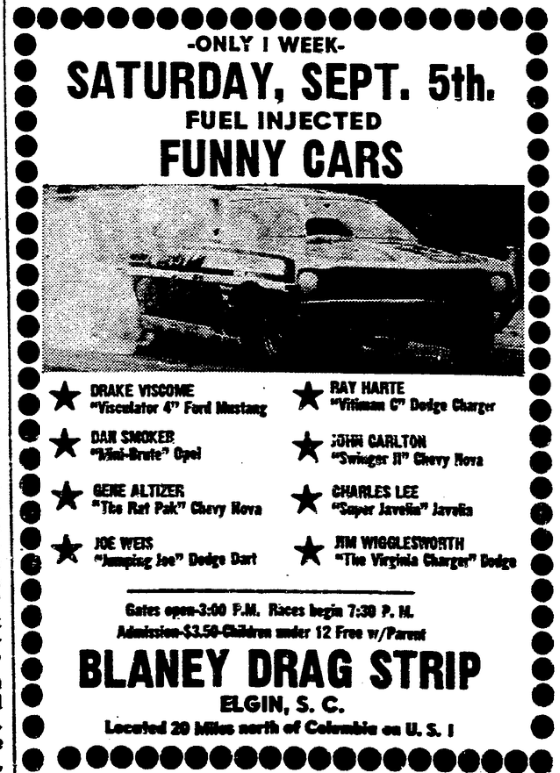 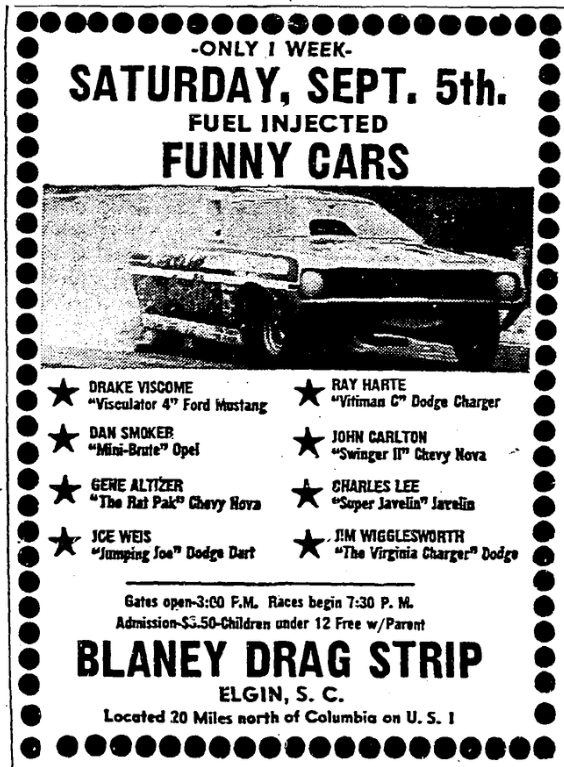 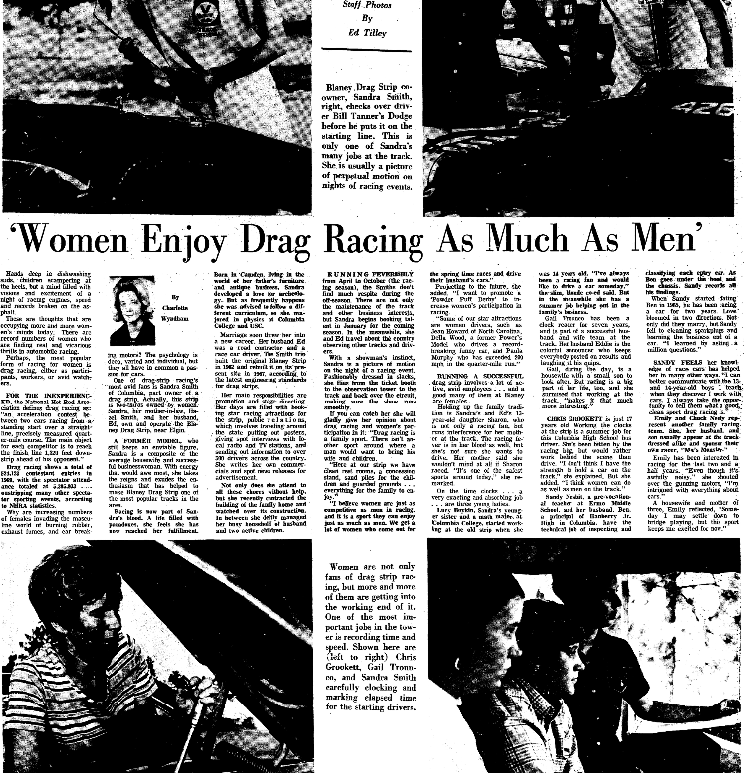 By Charlotte Wyndham Hands deep in dishwashing suds, children scampering at the heels, but a mind filled with visions and excitement of a night of racing engines, speed and records broken on the asphalt. These are thoughts that are occupying more and more women’s minds today. There are record numbers of women who are finding real vicarious thrills in automobile racing. Perhaps, the most popular … END_OF_DOCUMENT_TOKEN_TO_BE_REPLACED 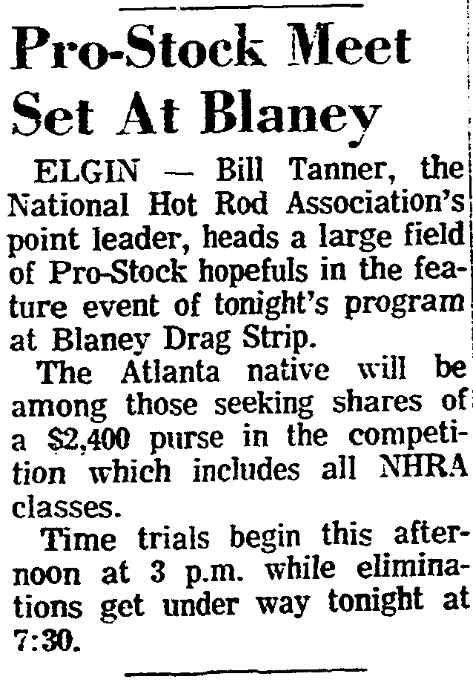 ELGIN- Bill Tanner, the National Hot Rod Association’s point leader, heads a large field of Pro-Stock hopefuls in the feature event of tonight’s program at Blaney Drag Strip. The Atlanta native will be among those seeking shares of a $2,400 purse i the competition which includes all NHRA classes. Time trials begin this afternoon at 3 p.m. while eliminations get under way tonight at 7:30. END_OF_DOCUMENT_TOKEN_TO_BE_REPLACED 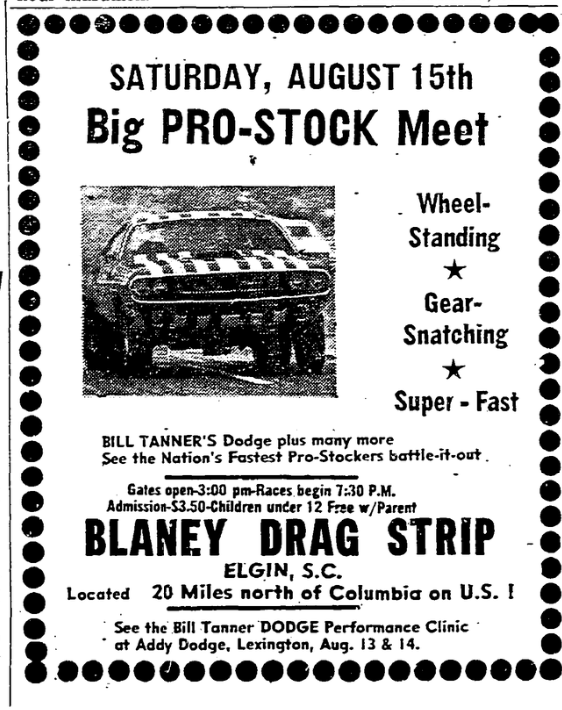 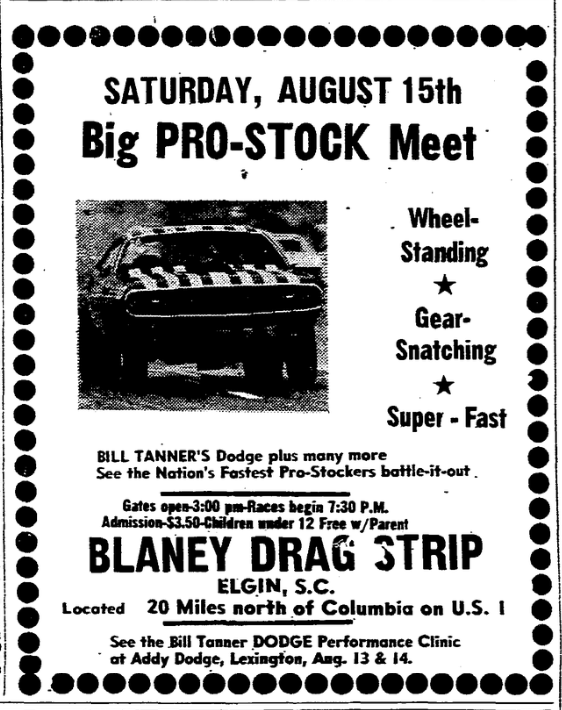 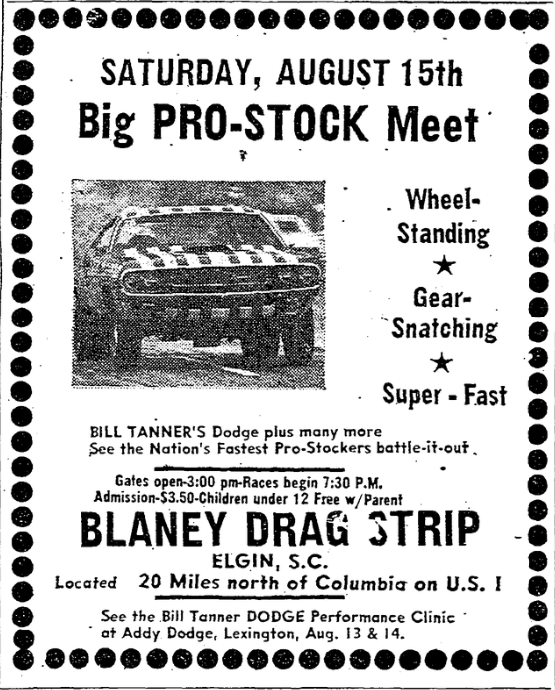 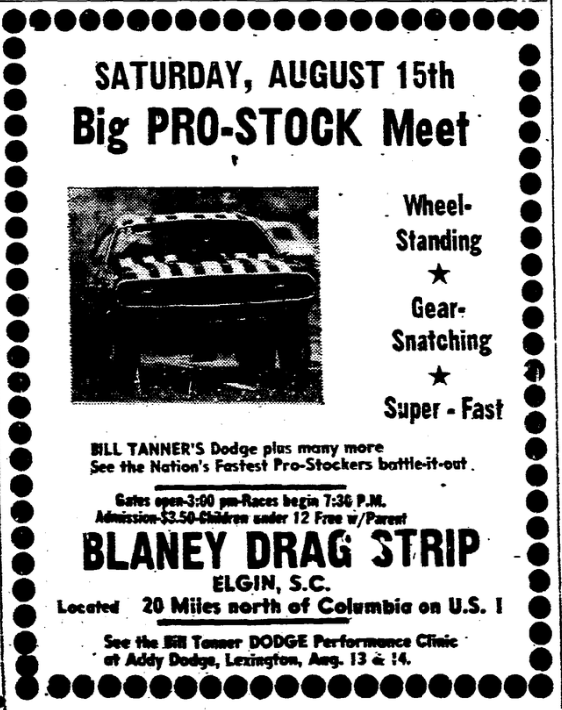 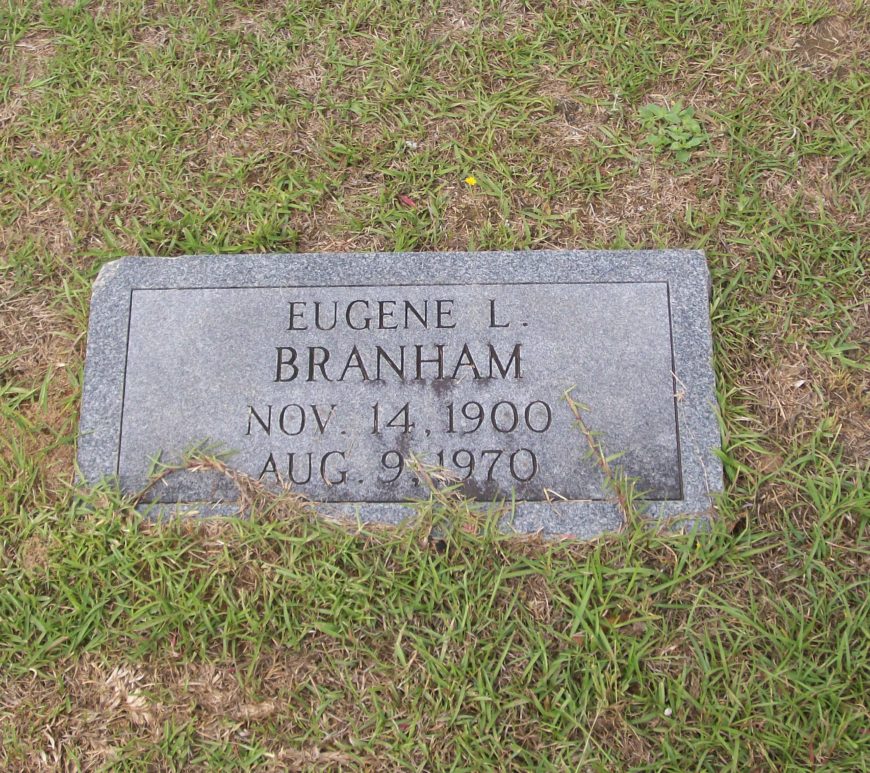 1900 Eugene Leon Branham was born on November 14, 1900 in South Carolina, to Henry Levy Branham and Annie Gladden Branham. 1910 Census Information: According to the United States Census recorded on April 12, 1910, Henry Branham (35) rented a farm in Wateree, Kershaw, South Carolina, with his wife of 10 years, Annie Branham (28), who was reported to be the mother of three children, all … END_OF_DOCUMENT_TOKEN_TO_BE_REPLACED